The curtain of the Wi-Fi 7 era is gradually opening. Today, Qualcomm officially released the world’s most scalable commercial Wi-Fi 7 professional network solution. The Qualcomm Wi-Fi 7 platform is also the company’s third-generation Networking Pro series of professional networking platforms. In August 2018, Qualcomm released the first-generation Networking Pro professional networking platform. This includes four sub-series of 400, 600, 800, and 1200, supporting Wi-Fi 6. It also includes up to 8 spatial data streams and a peak speed of 4.1Gbps. Furthermore, this platform can connect up to 1500 users / devices concurrently. 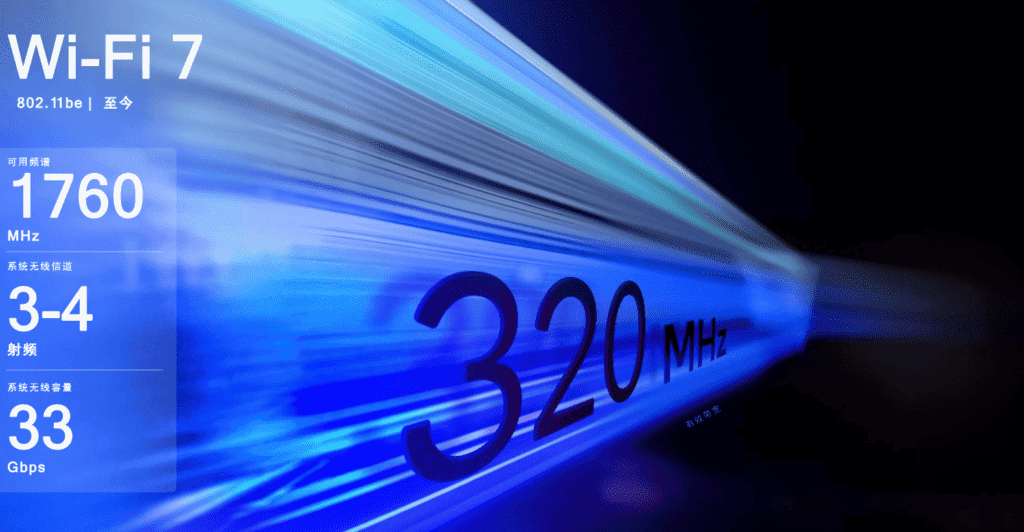 Since its inception more than three years ago, Qualcomm’s professional networking platform has obtained more than 275 customer product designs, including Cisco, H3C, NETGEAR, TP-Link, Linksys, Xiaomi and other major brands. 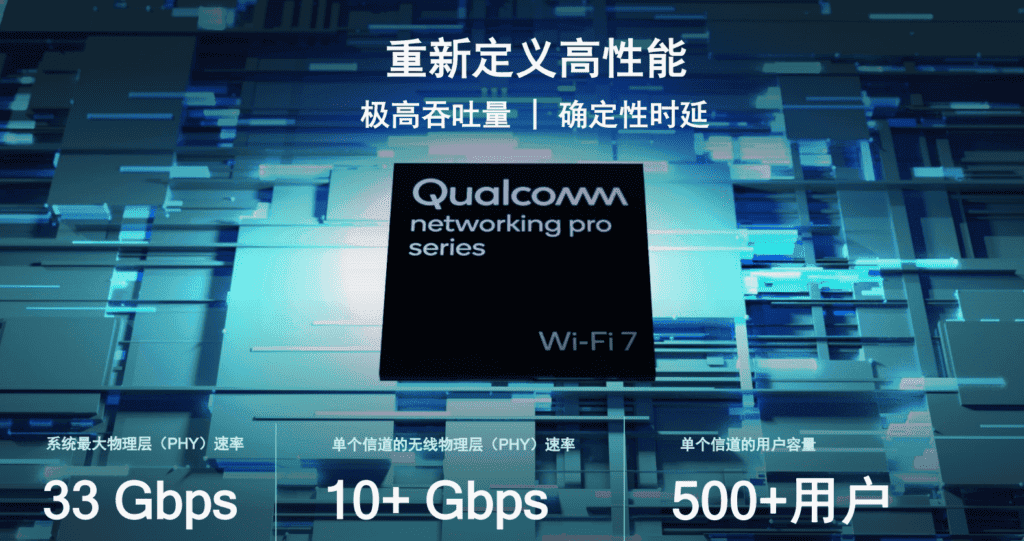 The available spectrum of Wi-Fi 7 increases to 1760MHz, an increase of nearly 100 times relative to the earlier Wi-Fi 3/2/1. The number of wireless channels has also increased from 1 to 3-4. Furthermore, the effective bandwidth hit 320MHz. The system wireless capacity also increases to 33Gbps.

In February this year, Qualcomm released the world’s first and fastest Wi-Fi 7 commercial solution, FastConnect 7800. This is also the industry’s most advanced mobile Wi-Fi and Bluetooth connection system.

This is Qualcomm’s highest-performance wireless networking product line, with powerful network acceleration capabilities, lower CPU usage, and the best scalability in the industry. Whether with a network or home deployment, you can get the most suitable choice.

The new series comes with four different products as usual: 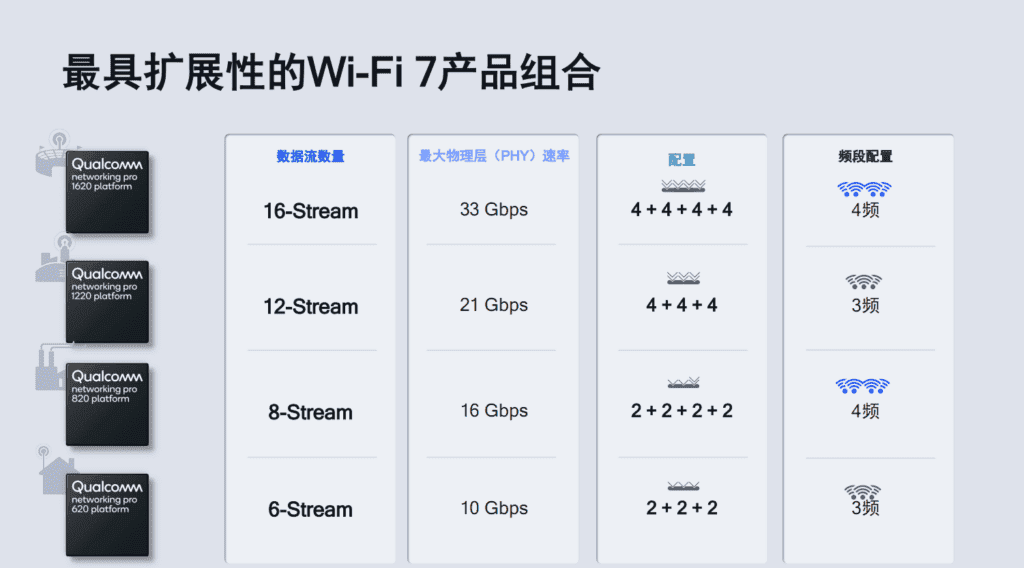 In addition, in order to maximize the use of the 6GHz frequency band in long-distance, outdoor and other conditions, Qualcomm has also launched a one-stop solution “Qualcomm Automatic Frequency Control” (Automated Frequency Control). The Qualcomm Professional Networking Platform and Qualcomm Immersive Home Networking Platform will be commercial after formal regulatory approval.

Qualcomm’s third-generation Networking Pro professional networking platform is now sampling, and related products will be available in the second half of this year.